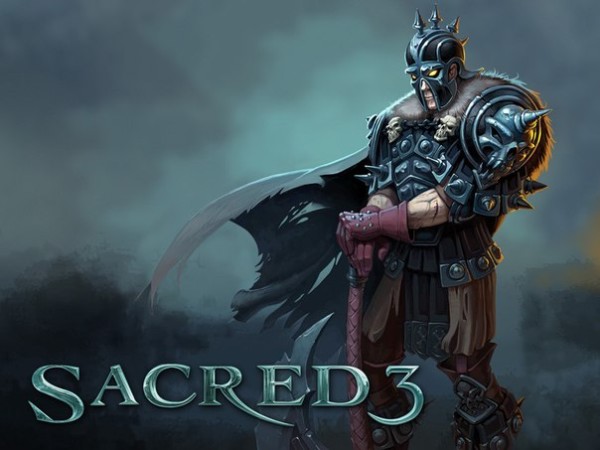 Uploaded: 25.07.2014
Content: text 71 symbols
Loyalty discount! If the total amount of your purchases from the seller dem_saturn more than:
If you want to know your discount rate, please provide your email:

dem_saturn information about the seller and his items
offlineAsk a question


Sacred 3 is an action-arcade game for four players that are involved in the Battle of Ankara. Choose its legendary heroes and fight together against the evil revolt. You have to overcome the hordes of grimmokov, creepy creatures, legions of mercenaries and wizards. Develop your character and ability to act in the team to use the whole combination attacks. Victory will be ours. Thank - mine.

The plot of the third part of the game is no different from the previous two, the events unfolding on Ankara after 1000 years from the historical events of the first part of the trilogy. Zane Eschen, Emperor Eshenskoy Empire, now the main antagonist. His task will be to find an artifact - "Heart of Ancaria." That is, players will have to resist to him. Seeking Emperor artifact for the reason that he became an ally of the evil demons, and in return promised artifact powerful force and great power on their part. The whole gameplay will take more than 100 hours.

-to team game gamers will be available a list of sets of active and passive skills;
-developers have finished the game physics and isometric work cards;
-Gameplay- not linear and depends on the skill set of the player;
are the principal characters may belong to these four classes: Safiri, Ancarian, Seraphim and Khukhuru;
-Enter new character Malakhim;
-in the role of the main characters need to properly calculate the forces, because each of them some of his skill tree, so the increase or skills can not be beat;
-developers improved intelligence opponents, they will defend each other in battle, and some enemies can disarm only one vulnerable spot for him and a certain skill or interactive object maps;
when players will be available to combat the attacks based on the interaction of particles - "Meteor Storm", "Shock Wave";
-perki (passive skills) are divided into offensive and defensive tools, they will be both general and individual;

Activation key Sacred 3:
1. You need to download and install Steam http://steampowered.com/download/SteamInstall.msi (if not already installed)
2. Register novvy Steam account or log into an existing.
3. Go to the "My Games", select "Activate via Steam ..." and enter the key received immediately after the payment.
4. After activating the game appear in the list of games and you can download it from steam.

We appreciate your positive feedback for us, it allows us to reduce the prices of our products and to be the best !!! Thanks You !!!