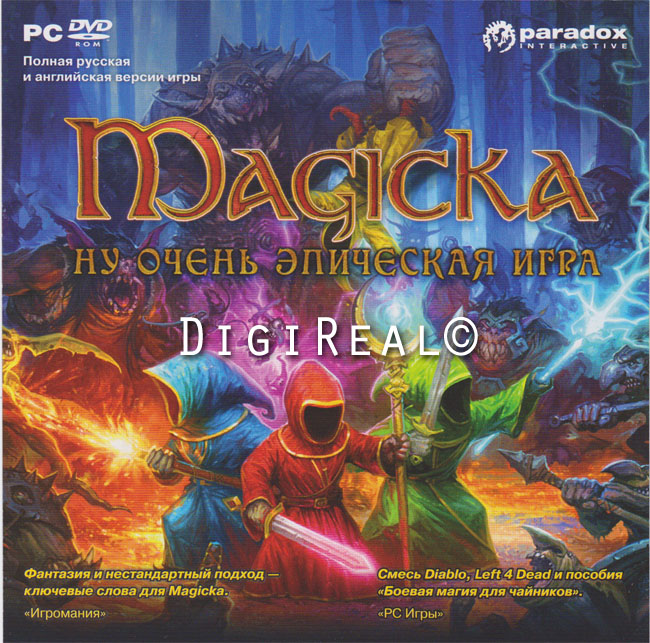 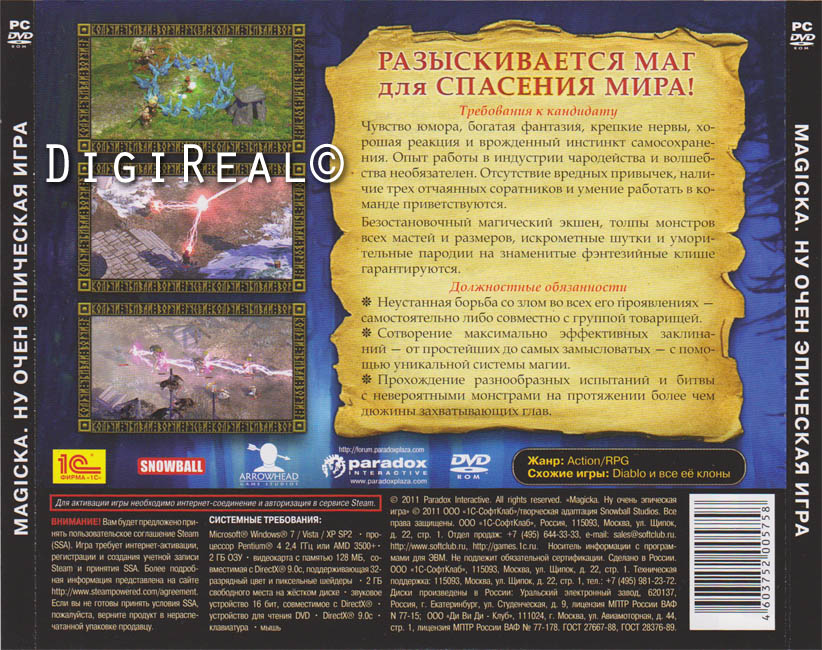 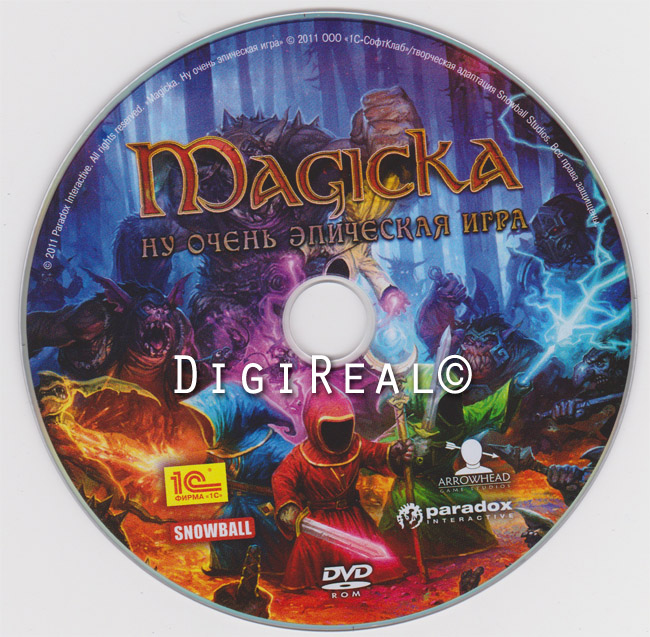 DigiReal information about the seller and his items
offlineAsk a question

FOUR dashing magicians, representing a mysterious order, have the difficult share - to save the world from the raging in earnest dark wizard and his bloodthirsty crowds of supporters. To cope with the scourge, have cast a long, hard, and preferably as soon as possible more sophisticated. Creating a killer combination of a variety of spells, characters suffer in the world of good ... And woe to those who inadvertently turned up their hands on!

The game features a unique magic system, which allows you to create a huge amount of incredible spell. Confront brave magicians are monsters of all kinds and sizes - from small minions to gigantic dragon of darkness. It is not forbidden to save the world in splendid isolation, but it is recommended to invite friends: You can with them to pass the storyline campaign, but you can - face off in several multiplayer modes.

• An epic adventure campaign, consisting of thirteen levels, as well as special versions of the game;
• co-passing mode with support for up to four participants, both in the network and one computer;
• «magical designer" to create multiple combinations of spells;
• various ordeals and interesting puzzles;
• a unique sense of humor and parodies of various fantasy cliches.

As well as many other games and not only can be found here
http://digireal.plati.market

Base characteristics of Sound Cards