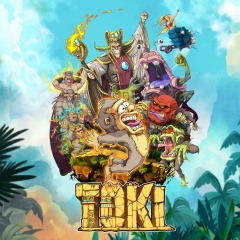 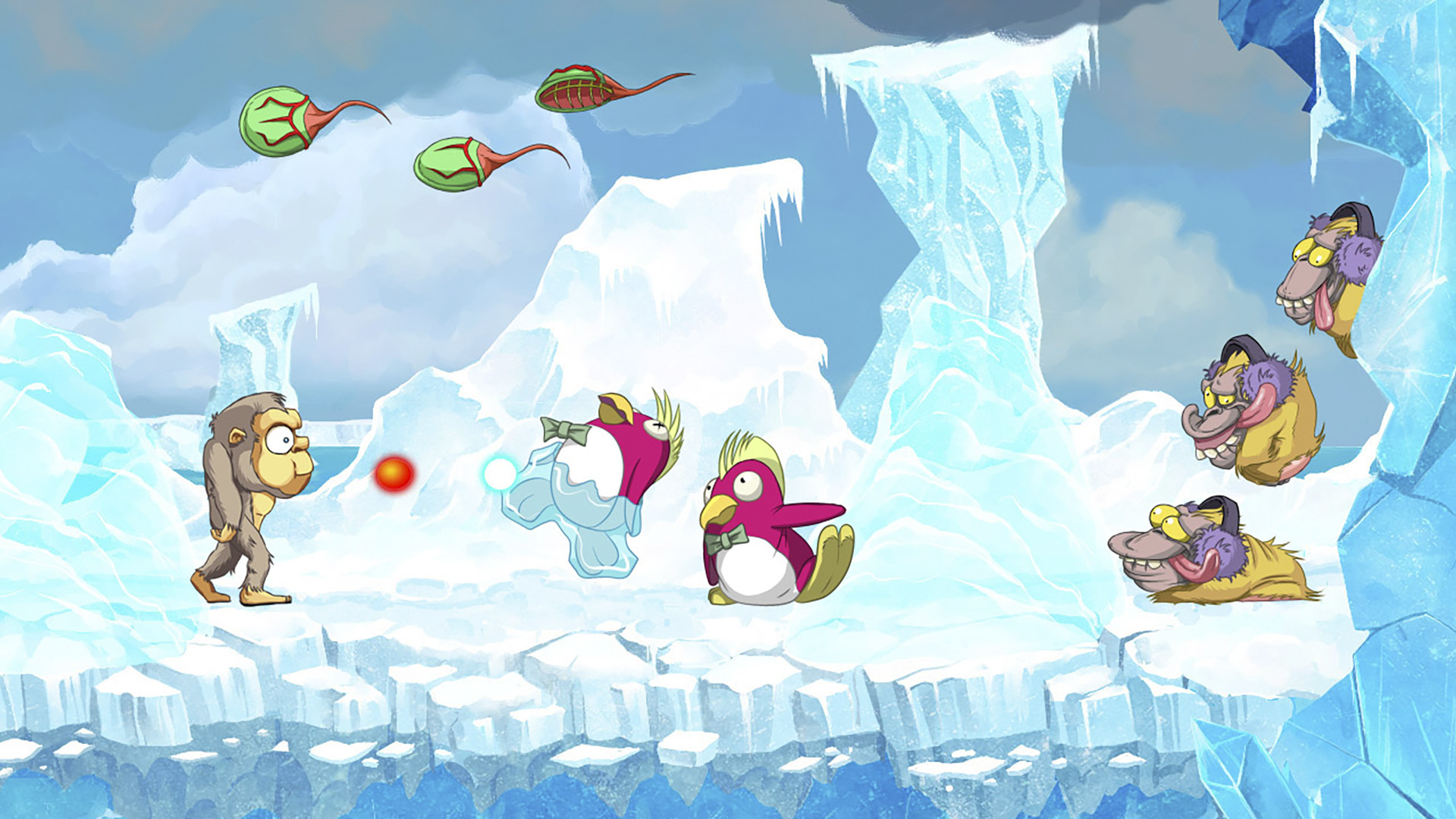 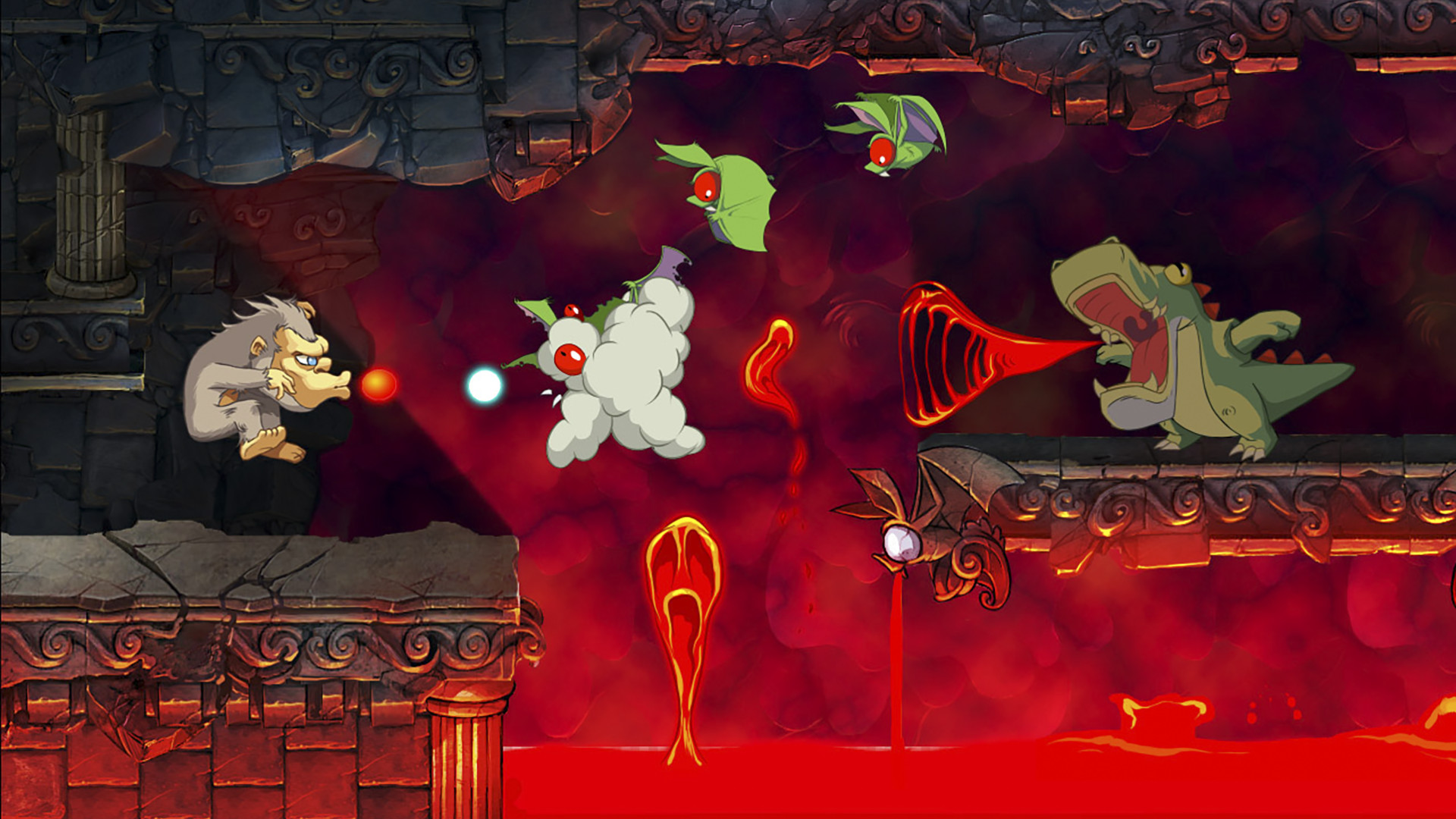 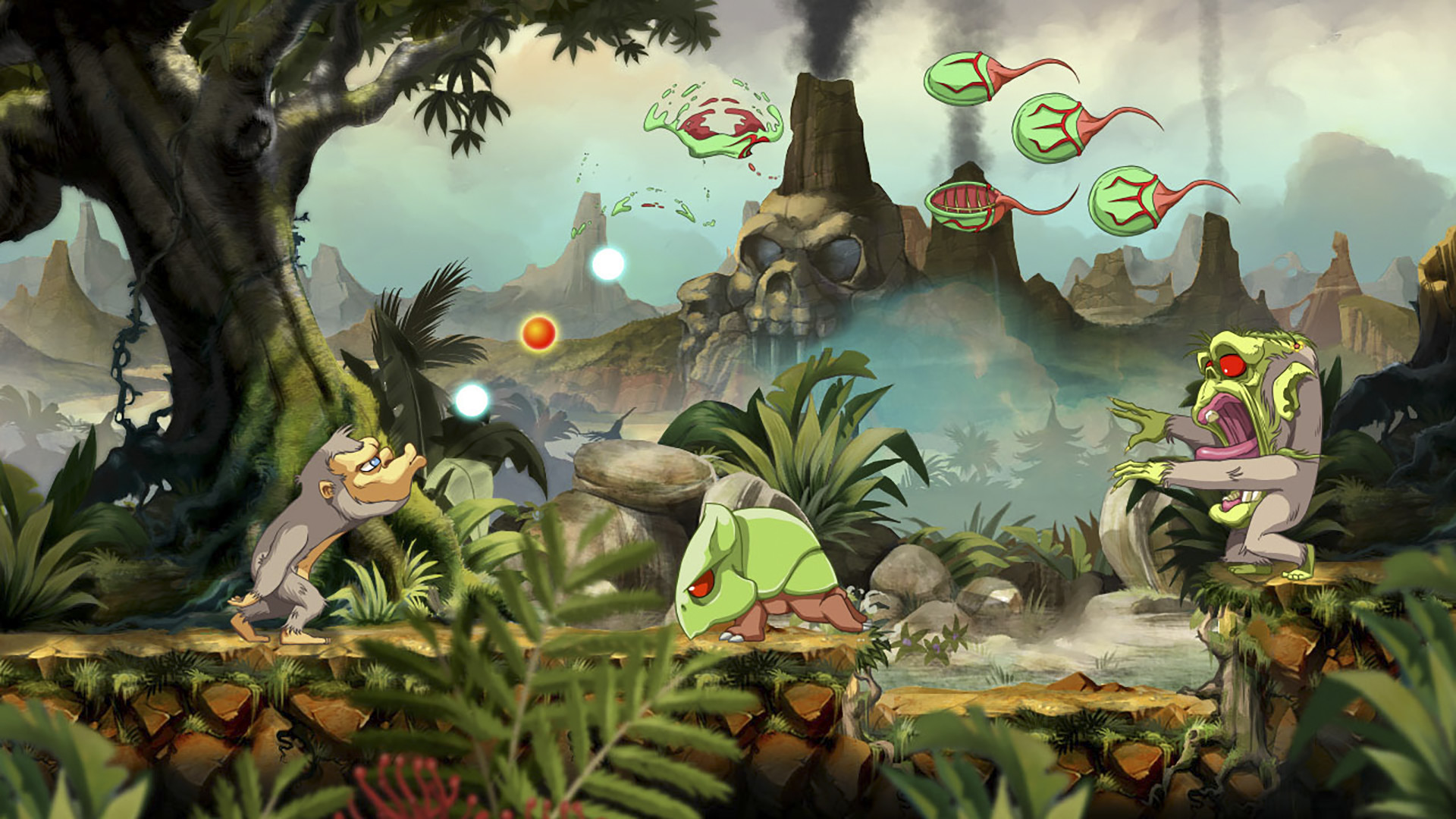 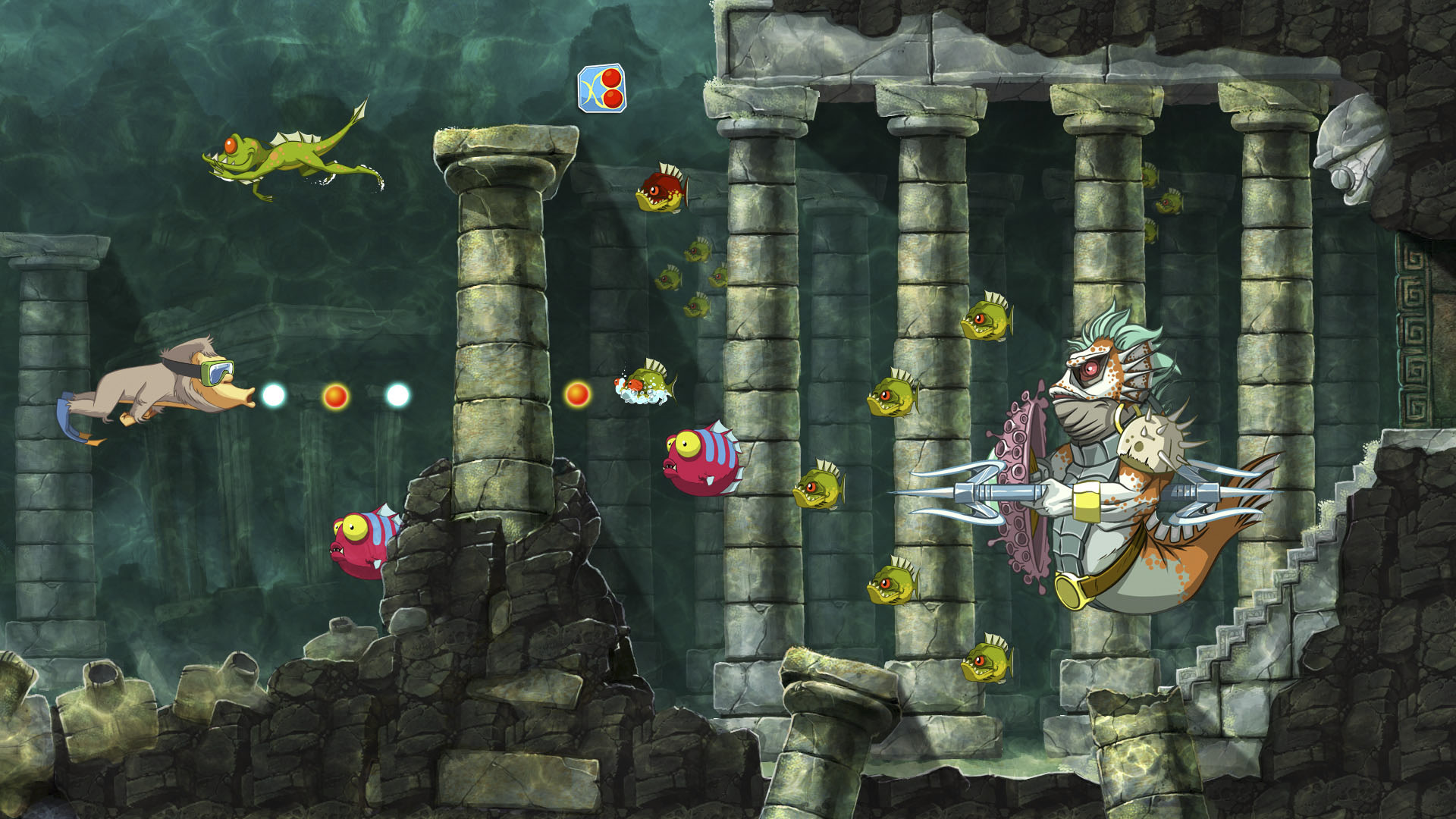 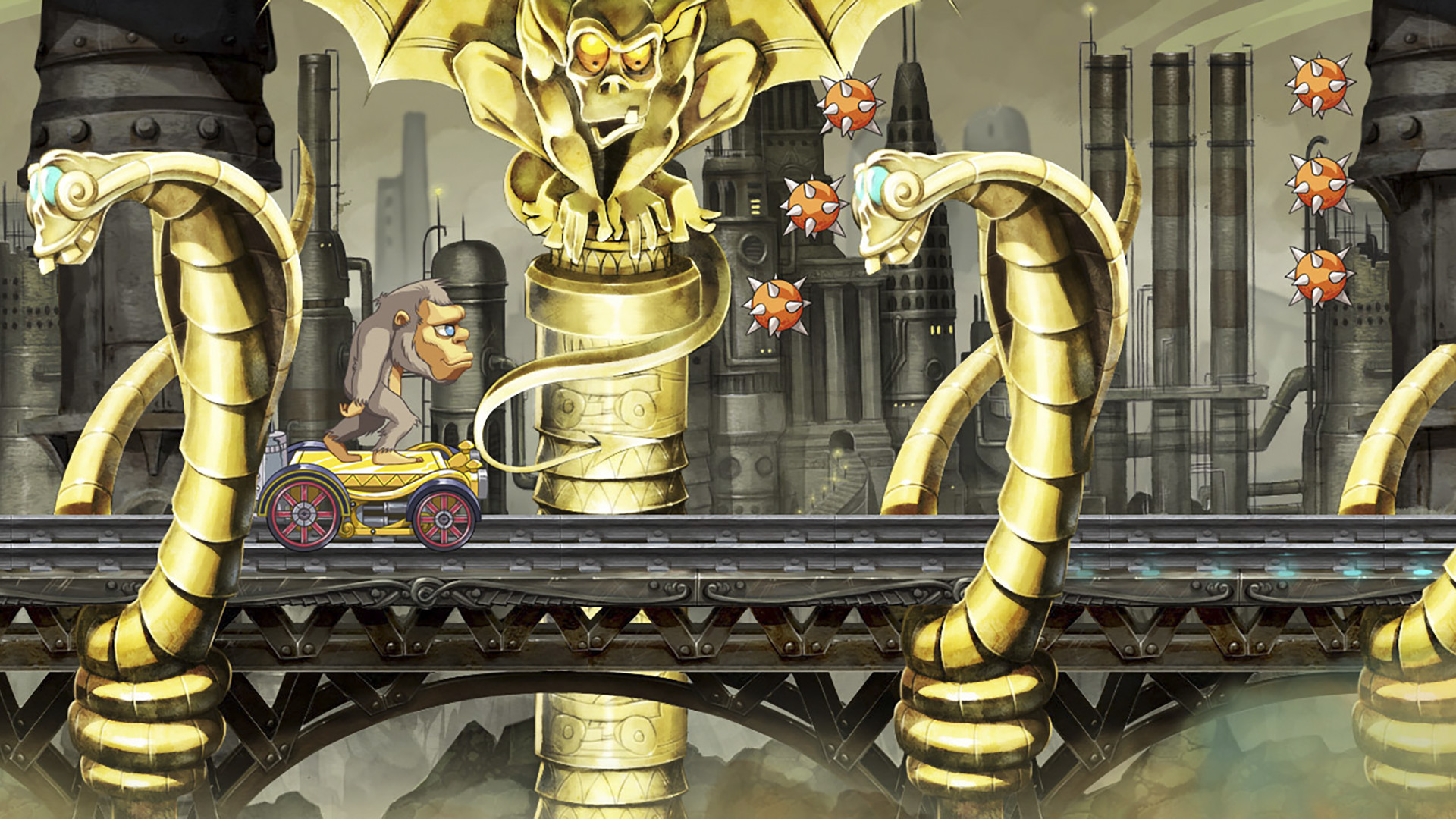 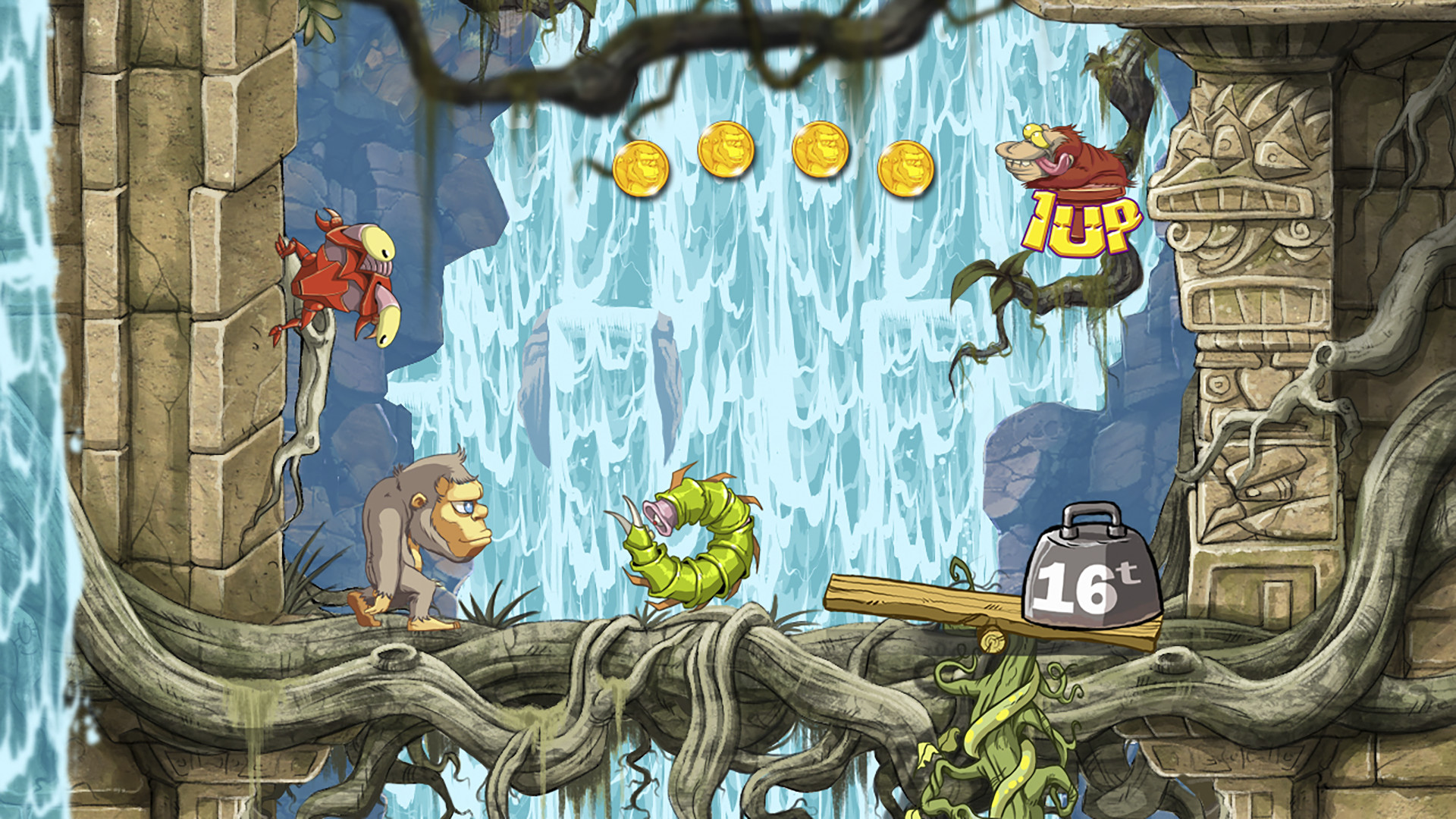 byPablo information about the seller and his items
offlineAsk a question

The return of the wacky monkey!

Toki sets off on a new adventure! The cult action/platform game originally released on arcade machines in 1989 is back with a super-simian new version, featuring all-new hand-drawn graphics and re-orchestrated music!

Toki the warrior lived peacefully in the jungle with his sweetheart Miho. Appearing out of nowhere, the terrifying voodoo sorcerer Vookimedlo and heinous demon Bashtar kidnap Miho and turn the poor Toki into a chimpanzee! Unfortunately for his sweetheart, he has become a hairy, lethargic ape...

Rediscover Toki 30 years on
Playing as Toki, explore lush environments invaded by foul creatures!
The Labyrinth, Neptune Lake, the Cave of Fire, the Ice Palace, the Jungle of Darkness and the Golden Palace are infested with Vookimedlo´s lackeys. Saving Miho won´t be easy! These despicable and terrifying beings have friendly names like Boloragog, Rambacha, Mogulvar, Zorzamoth and Bashtar... And if Toki´s looks are anything to go by it will be no walk in the park!

You´ll have to make the best of it to succeed. Luckily, Toki can walk, jump, swim, climb and spit! That´s right, he uses his saliva to great effect to dispose of his enemies…

Rise to the legendary difficulty of the Golden Age of video games:

"Insert coin"… Remember spending all your hard-earned pocket on the arcade machines to complete your favorite games? Now you can enjoy the same challenging gameplay without breaking the piggy bank. Put your name at the top of the high score table!
Rookie players can also enjoy the game with a new easier mode.

1) You must download and install Steam http://steampowered.com/download/SteamInstall.msi (if not already installed).
2) Create a new account on Steam or go to an existing one.
3) Select "Activate via Steam ..." in the "My Games" section, and enter the key received after payment.
4) After activation, the game will appear in your list of games and you can install it.

Please leave feedback after successful activation of the game.