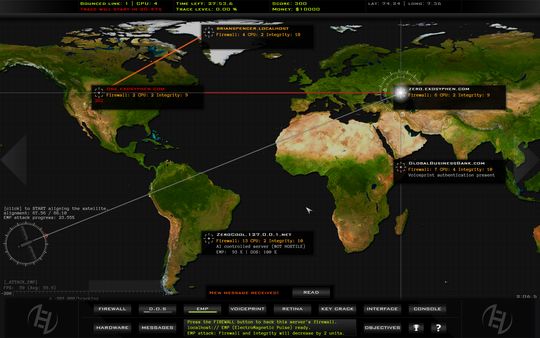 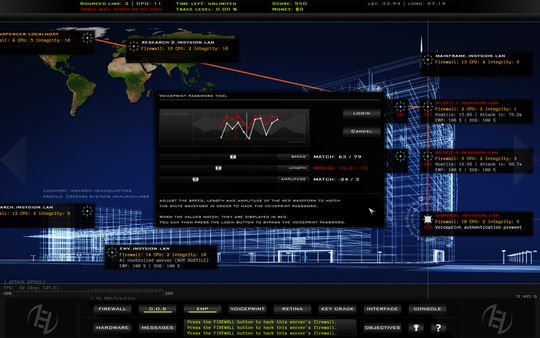 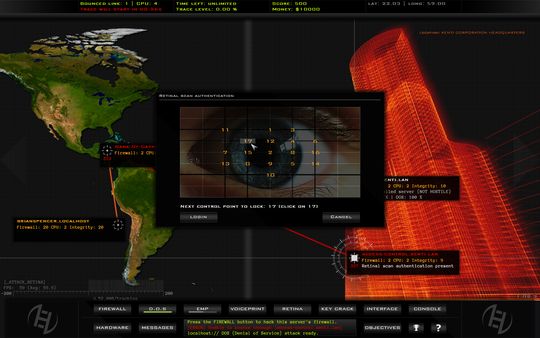 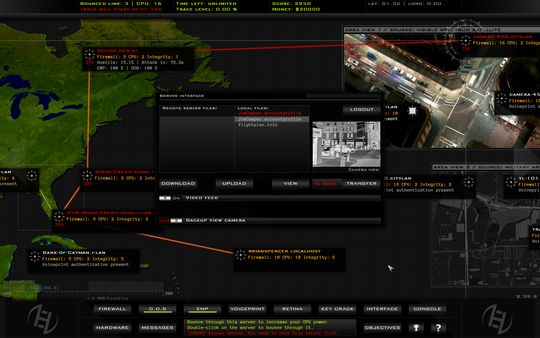 Uploaded: 03.02.2019
Content: text 94 symbols
Loyalty discount! If the total amount of your purchases from the seller DRIFT_55 more than:
If you want to know your discount rate, please provide your email:

DRIFT_55 information about the seller and his items

After payment, you will immediately get a link to activate the game on Steam.

Warning: game can be activated only in one of the following countries: Russian Federation, Armenia, Azerbaijan, Belarus, Georgia, Kyrgyzstan, Kazakhstan, Republic of Moldova, Tajikistan, Turkmenistan, Ukraine and Uzbekistan. To activate gift outside of RU / CIS, you can use a proxy or VPN. For the use of the method of activation with VPN, we are NOT responsible. Buy this product at your own responsibility and only if you understand the risk involved!

Hacker Evolution Duality is the hacking simulation game, developed by exosyphen studios. Based on the successful Hacker Evolution game series, it has been completely redesigned to offer an impressive and new gaming experience.
Hacker Evolution Duality starts in the early days of Brian Spencer when he was nothing more than a brilliant programmer. It than fast forwards to the future, where he has to stop an Artificial Intelligence he has created, unknowingly and take back control of a giant company he once used to own.
You have to hack into computers using various tools, from a basic firewall cracker, to sophisticated voice print authentication systems. Steal money to finance your objectives, buy hardware upgrades or bribe off other hackers that are present in the game. Go as far as bypassing complex security systems to make your way into buildings and steal data. Frame people or even murder them using ingenious traps.
You are not alone in the game. Other hackers controlled by a complex artificial intelligence, will stop at nothing to destroy you.
The game features a single player mode where you follow the game´s story and an open world mode, where you play a death match against other hackers.

Hacker Evolution is a hacking simulation game, featuring unparalleled graphics and features.
You play the role of a former intelligence agent, specializing in computer security. When a chain of events sets off worldwide, leaving critical service disabled, you assume the role a computer hacker to find out what happened and attempt to stop it.
When a stock market, a central bank, satellite uplink and transoceanic fiber optics links crash, you know this is more then a simple event. Something big is behind all this, and you have to figure out what is it.
You hack into computers, look for exploits and information, steal money to buy hardware upgrades in an attempt to put all the pieces of a big puzzle together.

Please leave feedback after the purchase. Every 5th buyer has left positive feedback, gets one more game for free!

Instructions on how to activate the game:

1. Install the client Steam http://store.steampowered.com/about/ (if not already installed);
2. Log in to your Steam account or create a new one;
3. Click on the link received after payment. This will cause the activation of the game and you can add it to your library, or put in your inventory to send to a friend;
4. After activating the game appears in the library and you are ready to install it!