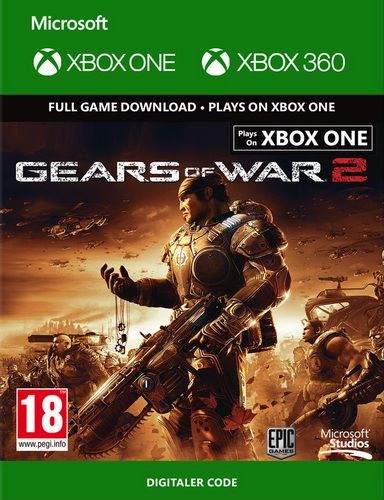 Uploaded: 09.01.2020
Content: text 29 symbols
Loyalty discount! If the total amount of your purchases from the seller GameOkey more than:
If you want to know your discount rate, please provide your email:

GameOkey information about the seller and his items
onlineAsk a question

On a far, far planet for thousands of light years from their cradle, people wanted to find shelter. A world called Sera was hospitable to wanderers; it allowed them to erect majestic cities and subjugate their nature. However, the serenity turned out to be deceiving - deep underground, creatures awakened, claiming their rights to the planet. Merciless creatures, because of their indefatigability and abundance called the Locusts, inflicted a crushing blow on people, from which only a handful of survivors recovered.

Sea of Thieves Xbox One / Windows 10