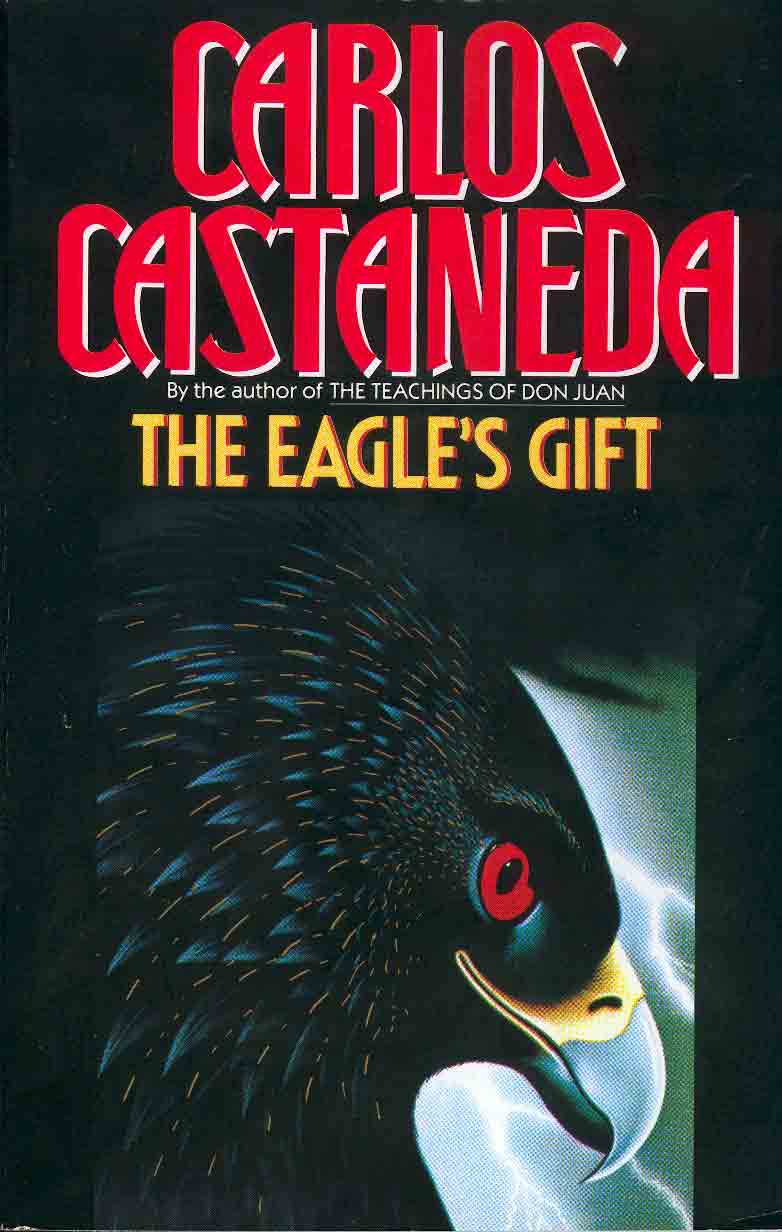 The sale of this product is suspended.

Gift Of The Eagle

Don Juan <...> told us the rule of the nagual in the following form:
The force that rules the destiny of all living beings is called the eagle, but not because it is an eagle or has anything to do with an eagle, or something related to it, and because seeing it looks like the immeasurable blue-black eagle, standing right, as are the eagles, with a height reaching to infinity. The rule of the nagual


The first principle rule is that everything that surrounds us is an unfathomable mystery.
The second principle rule is that we should try to solve the puzzle, but not even hoping to accomplish this.
The third principle is that a warrior, aware of the immeasurable mystery that surrounds him, and knowing his duty to disclose it, takes his rightful place among mysteries and regards himself as one of them, therefore, for a warrior there is no end to the mystery of being, whether it´s the mystery of being a pebble, an ant or himself. This is the humbleness of a warrior. One is equal to everything else.


Put the full force of his concentration and decide to join or not to join the battle, because every battle is a fight for their lives.


Relax, walk away from yourself, do not be afraid, only then will the forces leading us, open the way for us and help us.


Meeting with unexpected and strange and not knowing what to do with it, the warrior at some time in retreat, allowing your thoughts to wander aimlessly. The warrior is doing something different.


... warriors compress time; even an instant counts. In the battle for your life, a second is an eternity that may decide the outcome of the battle. The warrior focused on success, so it saves time without wasting a single moment

The eagle devours the awareness of all beings, a moment ago lived on earth, and now dead. They fly to the beak of an eagle, as an endless stream of moths drawn to a flame, to meet his master, and the reason that they lived in. Eagle tears these little shards of flame, displaying them as the Skinner skins, then eats, because awareness is the food of the eagle.

Eagle - power, ruling the destiny of living beings, and sees all these creatures at once and in exactly the same way. Therefore, in humans, there is no way to soften the eagle, to ask him mercy or hope for leniency. The human part of the eagle is too small and insignificant to affect the whole.

Although eagle and don´t care about the circumstances of the life of any living creature, to each of them he made the gift.